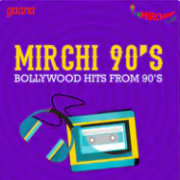 Mirchi 90S radio - this radio station is for music addicts who prefer music from past decades. Music from the 90s has a special atmosphere that brings you many memories from the past. Listen daily to music programs with a full range of songs of those times, as well as the release of current news and informational messages.