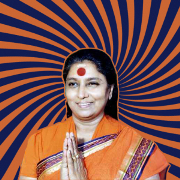 S JANAKI RADIO - a radio station that is dedicated to broadcasting the works of Sistla Janaki, an Indian singer and composer from Andhra Pradesh. She composed about 48,000 songs for films, expanded her work on television and radio. She sang both solo and in duets, in choir songs. Janaki is lovingly called the "Nightingale of South India". The station plays melodic songs, the most famous hits in 37 languages such as Hindi, English, Chinese, and many others.