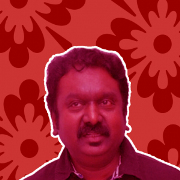 This radio station represents S. A. Rajkumar. He is an Indian filmmaker and composer from Chennai. Many know his popular melodic songs. He composed music for popular South Indian films in several languages. He received many awards for his work. On this channel, you can better get acquainted with his work and become closer to the multinational culture of the country.