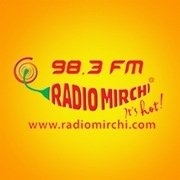 Radio Mirchi is the India's leading nationwide private FM radio station. It was owned by Entertainment Network India Limited (ENIL). The most popular Bollywood music and world hits in English are broadcasted live. The radio station is known for its music charts Mirchi Top 20 and Angrezy Top 20. Especially popular programs are Murga, Meethi Mirchi, Tech Makhni. The channel began its work in 2001 in Indore - Andra Pradesh. Today the station broadcasts in 63 cities of India and covers more than half of the country's audience of radio listeners. Also, the radio broadcasts in UAE and USA.

Bollywood Radio and Beyond

Radio Mirchi broadcasts in the following cities on FM or AM: